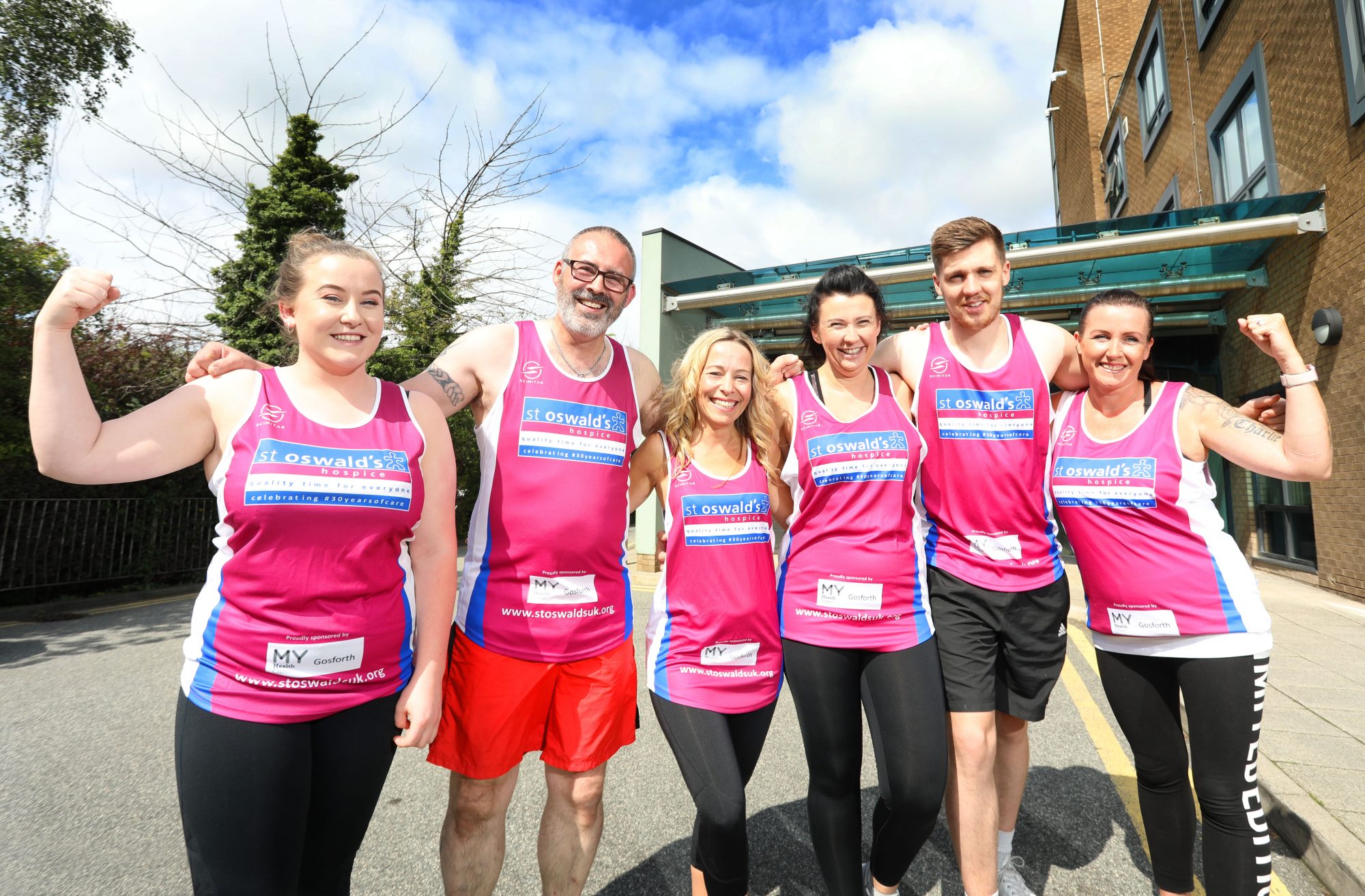 Gemma McGlen, Supplies Lead at Nuffield Newcastle, will run her 4th GNR alongside 9 of her colleagues. The group are running to raise funds and awareness for St Oswald’s Hospice, a specialist palliative care provider for babies, children, young people and adults living with life limiting illnesses and their families.

Gemma, who organised the team run, suggested fundraising for the hospice as they recently supported her colleague and close friend. Gemma said: “My friend recently lost a family member who was cared for at St Oswald’s. They were understandably devastated, but felt the hospice went the extra mile to ensure their loved one was comfortable and cared for with compassion, dignity and respect.

“Alongside the amazing care they provide, St Oswald’s also offered bereavement support and one on one therapy. My friend really benefitted from both services, it helped them feel less alone during such a difficult time.

“Between 2017 and 2018 the hospice cared for 2,249 babies, children, young people and adults. It’s important that St Oswald’s receives support, so they can continue to offer their life changing services to the residents of the North East.”

The team have set a fundraising target of £3000, which they’re close to achieving due to ongoing fundraising efforts such as coffee and cake sales, raffles and a quiz. They hope to make even more for the hospice through their Just Giving page which will remain live for a short period of time after the run.

Emily Corney, Fundraiser at St Oswald’s Hospice said: “We can’t thank the staff at Nuffield Health enough, the Great North Run is a monumental challenge which thousands of people take part in each year to raise money for charity. St Oswald’s needs to make £7.5m a year through charitable giving to keep providing support for the people of the North East. It’s events like the GNR and the Nuffield Health runners that help us to do this.

“We’ll be there at the end of the run in our big charity tent, there’ll be lots of support for our brave runners completing the route. I also think Nuffield have the biggest team of 10 so we’ll be counting everyone in as they arrive. We can’t wait for the big day.”

Staff at Nuffield Health Newcastle regularly support local charities throughout the year. To find out more about their fundraising and to donate visit: www.justgiving.com/companyteams/Nuffield2019.