Lynemouth Power Station at the heart of the football community

A big-hearted donation by one of South East Northumberland’s largest employers has enabled local football club, Bedlington Terriers FC, to provide its players, staff and visitors with rapid emergency response should it ever be needed. 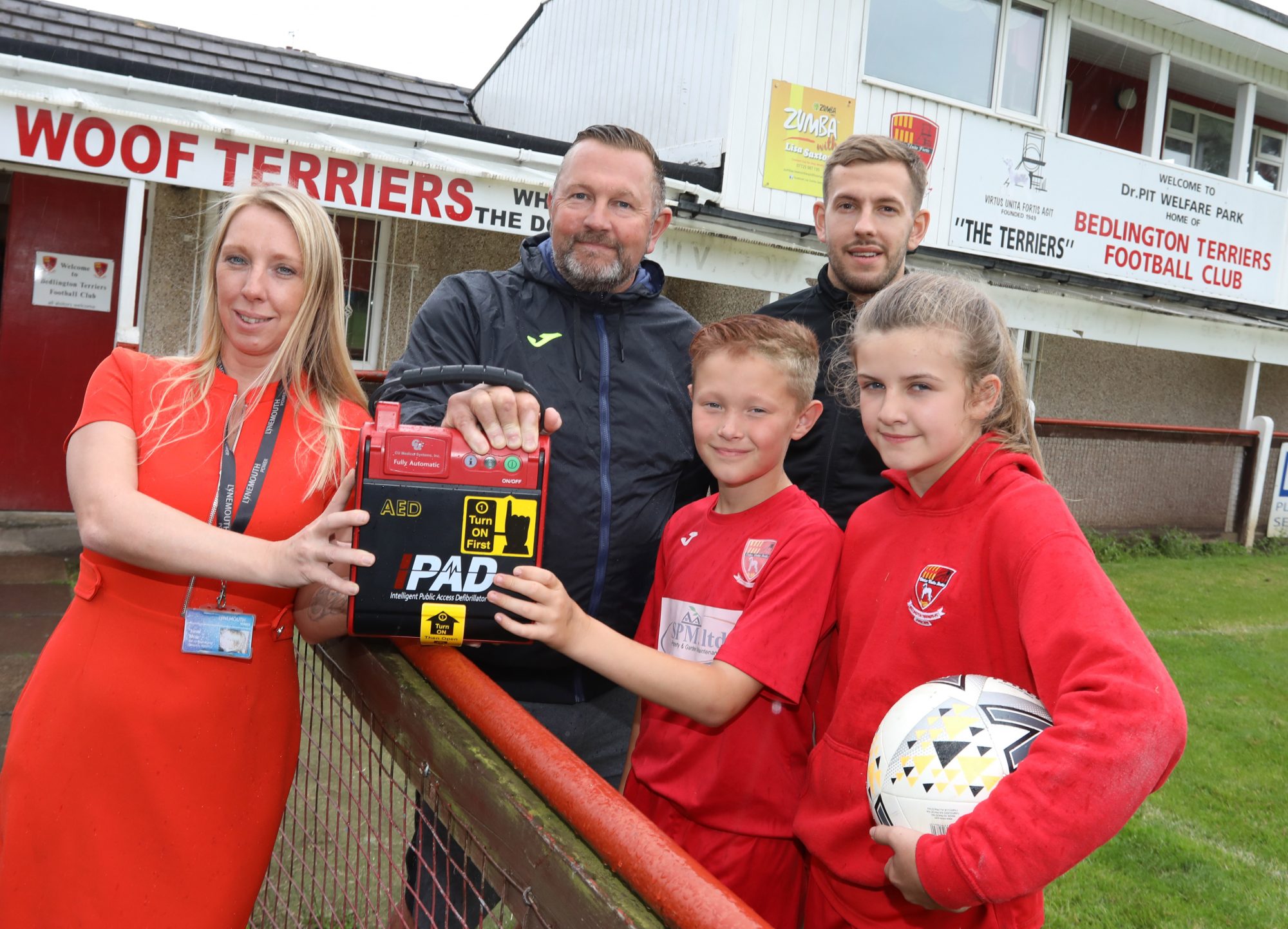 Lynemouth Power Station has gifted the community club with a life-saving heart defibrillator which will now be installed at the Welfare Park ground. If deployed within three to five minutes of a cardiac arrest, such equipment could potentially increase the chances of someone surviving a heart attack from six to 74 per cent. Each minute without CPR and defibrillation also reduces a patient’s survival rate by between seven and ten per cent.*

The Northern League Division Two club is home to seven teams and over 80 footballers from senior players to an under 6 ‘tots’ team. Along with daily training sessions and match attendances, the club sees hundreds of people visiting the ground on a weekly basis therefore the defibrillator has been very well received by all.

Rowan Edwards, Commercial Director of Bedlington Terriers FC, commented, “This is a vital piece of first aid equipment and we are extremely grateful to Lynemouth Power Station for their kind donation. Given the number of on-site staff, players training each week and visitors to the ground, it is essential that our trained staff have instant access to life-saving equipment in case of emergencies. It will mean a lot to everyone here at the club as well as the local community, so we’re very grateful for the power station’s support.”

Janet Mole from Lynemouth Power Station added, “Having these devices installed in popular public places and venues is so important, so rather than just donate to the fundraising effort, we decided to purchase the equipment outright on behalf of the club. As a local employer, it is important that community initiatives like this are well supported so we’re delighted to hand over the defibrillator to all at the club.”