Another major milestone in the North Sea Link Interconnector project has been reached with the delivery of seven new electrical transformers from the Port of Blyth to the Converter Station Site at Cambois in Northumberland. 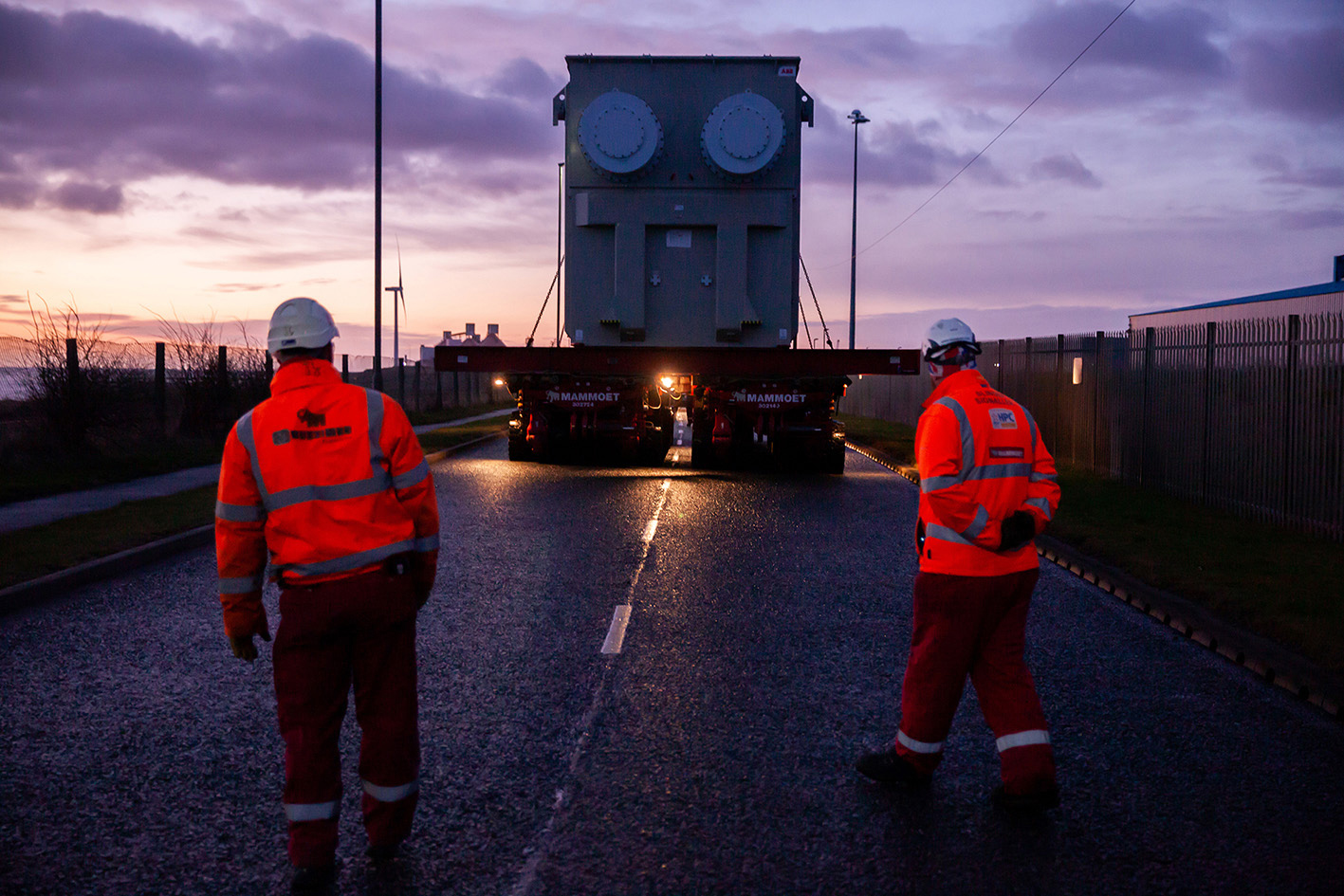 The €2 billion Interconnector project is a partnership between National Grid and Statnett to connect the electricity transmission systems between the UK and Norway through 720 kilometres of subsea cables.

The pioneering project makes Cambois home to what will be the world’s longest subsea electricity cable, enabling both countries to trade power and helping to ensure safe, secure and affordable energy supplies.

The transformers, weighing approximately 220 tonnes each, were manufactured in Sweden by ABB Transformers Ludvika and shipped 1,500 miles to Blyth.

The transformers are sophisticated electrical equipment that plays a crucial role in the renewable energy sharing project. Each one changes the voltage of electricity by converting the alternating current from one voltage to another so that electricity can be delivered to customers on both sides of the North Sea.

Due to the size and weight of the transformers, specialist transportation was used to complete the final leg of their journey.

“The oversized load set off from Sweden by rail and arrived at the Port of Blyth at the end of last year where they’ve remained in storage whilst work progressed on site.

“Their arrival at Cambois is a big milestone for the project and the transformers will play a huge role in transporting clean, green renewable energy between the UK and Norway, allowing the UK to bring in enough clean energy to power up to 1.4 million homes from 2021.”

For more information on the project visit www.northsealink.com